So there was this pack of wild animals. Who happened to be nominally human. And there was a pride of cheetahs. The cheetahs seem to have come out of the whole thing with rather more credit.

A woman who dropped her toddler into a Cleveland zoo’s cheetah pit has been sentenced to a year of probation that includes counseling and parenting classes.

If this sounds familiar, it’s ’cause it is. We covered it in April when the authorities were still considering charging  this candidate for Darwin Foundation Mom Of The Year.

Michelle Schwab, of Delaware, Ohio, was sentenced Wednesday. She was charged with child endangering after authorities said she dangled her 2-year-old son over the railing of the zoo’s cheetah exhibit in April. The boy lunged from her and fell about 10 feet.

Schwab and her husband jumped into the exhibit to retrieve the boy, who broke his leg. Cleveland Metroparks Zoo officials say the cheetahs didn’t approach the family.

Schwab pleaded no contest to a reduced charge of aggravated trespassing in May.

via Woman who dropped 2-year-old son into cheetah pit is sentenced – CBS News.

But wait, go back and read the first paragraph of the news story again.

Yep, you had that right, the Mother of the Year here was sentenced to parenting classes.

On which day of class do they teach you, “Do not throw baby in the Big Cat pen?” 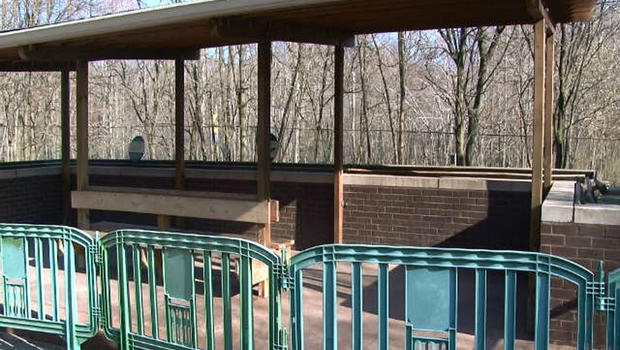 And, do you want to know the living definition of chutzpah? We’d have to say it’s pulling a stunt like this and then squawking about too much media attention. Yes, she did. (Through her attorneys).

Hey, if you don’t want to be in the papers, not taking extreme measures to rid yourself of your progeny might be a better approach. It’s always worked for us.

And honestly, the keepers feed the cheetahs a balanced, healthy cheetah diet. They don’t appreciate it when you slip them snacks between meals.

1 thought on “When Guns are Outlawed, only Outlaws Will have Wild Cats.”