Everyone who ordered one of these should have gotten this update. It’s shared here for those of you who are just curious, not committed. Consider it a Guest Post by Cody R. Wilson. -Ed.

We spent the first week of January correcting our enclosure provider’s specification errors, to eventual success. We then proceeded to junk 1200 pounds of powder-coated steel. And yes, they ate the cost.

We had been working with a supplier for CNC and lathed parts who was supposed to ship us production parts sets by mid-December, but he missed his goal and promised delivery in early January. Those parts did arrive this month, but of the critical sets only about 20% currently meet our specifications.

We began to suspect this supplier’s abilities at the end of the year, however, and were able to bring on a more reliable and professional supplier in Austin to replace this work and make up for time lost on enclosures.

These [Does he mean “Three”? –Ed.] months for this work product.

So, as it stands today, we think we’re only going to be shipping about 18-20 machines this month. Our new supplier should get our part stream way up in February, and most people should see their GG in the mail in as soon as three weeks. To you backers who were expecting Holiday delivery, I can only thank you for your patience and promise you a valuable product.

To you on the wait list, I will be able to call up 40 to 50 of you once we ship the first 100 machines through February. You’ll receive an email from DD.

There is still a lot to discuss from this month, however. 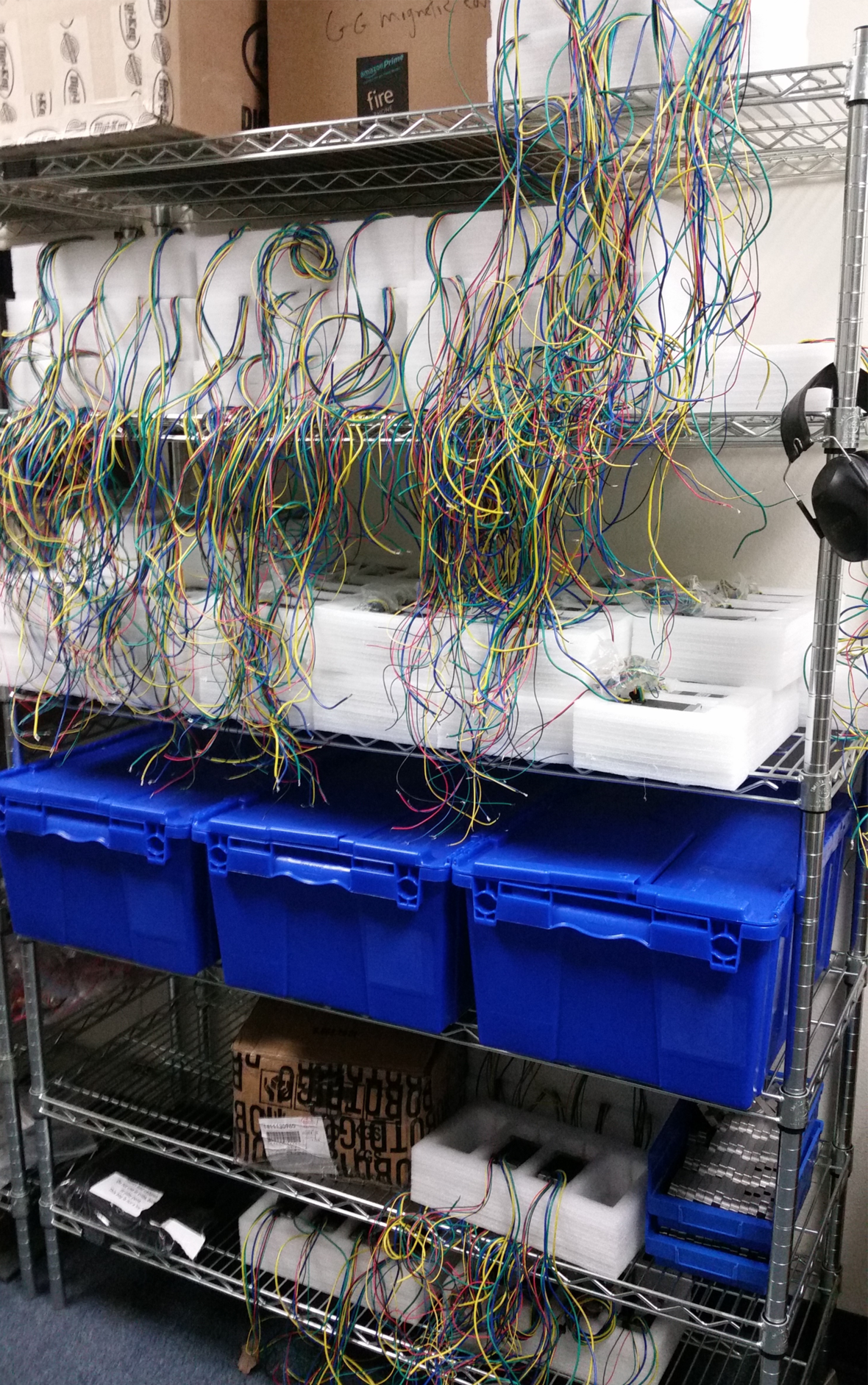 Yes, we’ve been hard at work making the guts of nearly 300 machines so far. We’ve been afforded extra time in the delays for software adjustments and V&V on our custom electronics (more about those when the occasion is happier).

We’ve staffed up enough to have people in the shop around the clock, but this is still not what we need to talk about.

The first week of this new year, Obama’s Justice Department, through his ATF, gutted the traditional trade in 80% lower completion. It doesn’t matter what their story is, the move was made to destroy 50 years of industry precedent and squeeze you out of access to commercial grade CNC equipment to privately, and I should add constitutionally, equip yourself with your own AR.

Now, this new ATF regulation does not affect your purchase of this machine and our ability to sell it to you. Indeed, the Obama Administration has just made this Ghost Gunner endeavor in which we’ve all joined extremely important. As of January, the only way you can use CNC to finish your lower is to buy a machine. Your absolute government knows most law-abiding people cannot afford their own CNC, and so they have forced you to rely on hand tools if you want a private AR-15.

But now the world has a Ghost Gunner.

This month, Come and Take It Texas demonstrated one of our first production machines at the Texas State Capitol to welcome the new legislators.

The responses from the open carry groups were meek and anxious.

So let’s be very clear.

This project and our company are about expanding your franchise as freemen. And in the face of overwhelming opposition. Your governors, legislators, lobbyists and industry friends do not give a damn about your right to have this rifle outside of commerce and surveillance.

The Feds are doing everything they can to stop this project. Just this week we received a contemptuous letter from DoD denying cognizance of our technical data requests, and late last year we were threatened directly by the DTSA.

I say all this to say that we are serious. The enemy will do anything to stop this and they are doing it, and we are trying with all of our might to ship these machines and their software to you. It is the only thing any of us are doing, and though the pressure feels enormous I am thankful to have the opportunity to deliver this tool to you.

***
There is a volume of information I want to share about DD’s ongoing battle with the Obama regime. And I promise disclosure of this information after we begin shipping GG’s in quantity. You should know specifically what your government thinks of you and your First and Second Amendment.